The increasingly well-known systematic atrocities against the native people in the pursuit of lucrative rubber production include the cutting off of hands for the crime of failing to meet the quota. The population is even terrorised by brutal native soldiers weaponised against their own: they eat people, including children, in full view of their fellow-villagers as punishment for under-production.

The decision faced by the missionaries – uniquely placed to provide evidence and expose this injustice – is whether or not to speak out publicly back in Europe, to apply international pressure on King Leopold for change.

The problem was that the Congo Balolo Mission (CBM) and the Baptist Missionary Society (BMS) – the two major English missionary societies then active in the Congo – felt that they depended on keeping King Leopold ‘sweet’ for their work. The missionaries ‘naturally hesitate to say much, considering the precariousness of their situation’, said one MP at the time.1

Grattan Guinness, director of the CBM at the time, summed it up succinctly: ‘The difficulty is to do good without doing harm.’ By putting Leopold’s nose out of joint, they could risk expulsion from the Congo Free State. How could they be sure it was worth it?

The notion that the missionaries’ course of action was to be weighed according to expedience and predicted outcome, rather than being a question of simply obeying God and doing the right thing whatever the result, is a premise worth scrutinising.

The former construal would appear to be a thoroughly unchristian way of making decisions; Joseph, Moses, Esther, Jesus, the Early Church, and the Reformers stand as positive examples of the latter: men and women who risked or gave their lives in obedience to God without ever stopping to wonder whether it would be ‘worth it’.

The critical question is whether social justice and activism are an optional extra for the Christian, to be adopted or rejected on the perceived risks and benefits with reference to other aims and priorities, or whether loving our neighbour as ourselves is actually a command of God, a core and integral part of what it means to be a follower of Christ. If it is the latter, we are left with only two possible responses: obedience, and disobedience.

And to find out whether it is a command of God, we need only turn to the Bible.

Love your neighbour as yourself

Whilst we are free from the condemnation of the Law and could never have been justified by it,2 Jesus is quick to clarify – and the rest of the NT follows him in this – that we are not excused from obeying it.3

This is especially true of its ‘more important matters – justice, mercy, faithfulness’4 – and of the timeless summary that Jesus affirms more than once: ‘Love the Lord your God with all your heart, with all your soul, with all your mind, with all your strength, and love your neighbour as yourself.’5

Jesus helpfully illustrates what this looks like with his parable of the Good Samaritan. The love shown by the Good Samaritan is not evangelism, but practical, sacrificial, risky help. The application of the parable is ever so simple: ‘Go and do likewise.’6 Whilst evangelism is a command of God, it is not the only command of God, not the only form of interaction we are to have with the world around us.

The heart of God

‘What have you done? Listen! Your brother’s blood cries out to me from the ground.’7 Justice matters to the heart of God.

The Mosaic Law is packed full of justice for the oppressed, and all too often it is Israel’s sins of omission – not ensuring justice for the downtrodden – that grieve God’s heart. Taking up their cause once again is part of the tangible repentance and real worship he repeatedly calls for.8

Nothing pierces God’s heart more in the OT than the sacrifice of children to Molech – and all the more so when his own people adopt the practice.9 This is unsurprising when we consider what a special place there is in God’s heart for children10, and how much he hates injustice and idolatry11. Child sacrifice is a meeting-point for so much of what God detests.

To go back to the parable of the Good Samaritan, the people whose failure to be neighbours is most highlighted by Jesus are not the robbers, but the religious people who saw the man but did nothing and ‘passed by on the other side’.13

As long as missionaries in the Congo held back from speaking out on behalf of the oppressed, there’s a sense in which, by their silence, they cooperated in the sacrifice of humans upon the altar of their mission. Certainly, whenever we allow God to back the ‘success’ of our ‘ministry’, but disallow him from speaking to us about other issues such as justice, we make God in our own image and engage in a form of idolatry.

A decision faces us today, not of weighing possible consequences against certain goals, but of obedience to one of the central commands of God: Will we be a neighbour?

As for who our neighbour is today, it would be hard to think of a harassed people group more numerous, more vulnerable, and more unable to speak for themselves, than unwanted babies in the womb.

If anyone is in doubt as to whether the unborn really are our neighbours, the question can be settled quickly, scientifically and biblically. The videos freely available at ehd.org show remarkable footage of living, growing embryos and foetuses at all stages of development. The Bible is full of the humanity and personhood of the unborn, from David being sinful from the moment he was conceived,14 to John the Baptist leaping in the womb for joy.15

As for the nature and scale of abortion in the UK today, consult abort67.co.uk.

Since the unborn child is our neighbour, and since it is a command to love our neighbour as ourselves, can there be any doubt over the biblical mandate to defend the unborn and speak out against abortion?

Loving the unborn is not the gospel and it’s not evangelism, but it is part of behaving as disciples of Jesus Christ because it is obeying what he taught. The fact that Christian leaders today can say that speaking out against abortion is somehow at odds with ‘gospel’ work only serves as evidence, if any were needed, that Gnosticism is very much alive and kicking.

Thankfully Guinness and the CBM did come out publicly against the Congo injustice in 1903, a year before the British Government’s ‘Casement Report’ came back and turned the political tide, with the help of the newly-invented Kodak. Sadly, the BMS only came out after that fact, once there was no real political risk in doing so.

My prayer is that we will think and therefore act rather differently from our forebears. Guinness’s initial reticence sounds nuanced and wise and is echoed by many church leaders today with reference to abortion. But ‘difficulty’ should be utterly normal for cross-defined ministry rather than a metric that causes hesitation, and outcomes should be left up to God.

The decision is not to take the course of action that we think is ‘worth it’, the decision is to deny ourselves, take up our cross, and simply follow Jesus, obeying his commands. But wasn’t that always the deal?

Dave Brennan was an evangelist with St Mary’s Church, East Molesey. In January 2018 he and his wife Anandi established Brephos, in partnership with CBRUK, to equip churches to speak about abortion.

Airbrush (n.) – 1876 invention that spreads paint using air pressure which is often employed in the delicate improvement of photographs. The noun sounds far from sinister, but its verb form is more disturbing. For in recent decades airbrushing has not ... read more 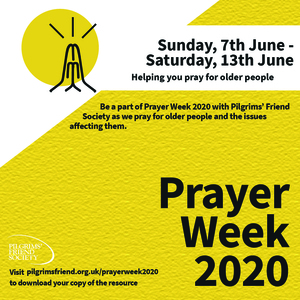