Former Iwerne campers include senior leaders in the military, in business and in education, and well-known church leaders like John Stott, Dick Lucas, Nicky Gumbel, Michael Green and Justin Welby. They also include lesser-known names of men who have invested their lives in serving urban housing estates, or in world mission. All the boys were drawn from the UK’s elite schools. Iwerne was no cult. Andrew Graystone’s book presents Iwerne camps as synonymous with the exercise of abusive power, rather than with the spirit of service.

An Independent Review of the causes of the suffering inflicted by John Smyth on 22 men (some as minors, still at Winchester College) has been in process for two years, commissioned by the Church of England and led by Keith Makin, former Director of Social Services. Given the volume of material to be worked through, Makin’s forensic approach will take time. The report is expected next year. Graystone has preferred a journalistic approach to convey what happened, but it is not without bias.

The Publisher claims over-ambitiously: ‘For the first time, [Graystone] presents a comprehensive critique of the Iwerne project and the impact it has had on British society and the church.’ It falls far short of doing this, focusing on just a few years of its history, and, within that time, on the impact of John Smyth. His masochistic desire for power created deep suffering for over 100 boys and young men in the UK and Africa, his beatings leaving a tragic mark on their lives. Graystone includes an account of an attempted suicide in the UK, and of a teenager’s death at a camp in Zimbabwe. Our hearts go out to all those who suffered. But the Smyth tragedy does not reflect the work of Iwerne camps. Smyth was an aberration, and Iwerne has a much larger story to tell, and yet Graystone condemns the whole of Iwerne’s ministry over 90 years. We must remember that this era predated the term — and indeed the concept of — ‘spiritual abuse’. Hindsight shows the need for vigilance in safeguarding, a need which is now much better understood.

In considering Smyth, I am reminded of the words of the Dunblane Primary School Headmaster on the day after the shootings in the school gym in March,1996. He said ‘Evil visited us yesterday, and we don’t know why’. Two psychiatrists met with Smyth and neither could identify his complex condition. His deeds were indeed evil and he should have been dealt with. His reasons for beating came from a sinister parody of the gospel and of the fatherhood of God, as Graystone explains well; but his genius as a barrister always meant he found a way out.

Smyth entered the scene in the mid-1960s, a highly-able and articulate barrister, who had not himself been a Iwerne camper. He would later chair the Iwerne Trust. Smyth helped on camps, and throughout the school year immersed himself in the Christian Forum at nearby Winchester College, inviting Iwerne boys to Sunday lunch with his family. He was a serial abuser and his vicious abuse in beating boys came to light only after some boys, by then students, had been groomed for four years.

John Thorn, Headmaster of Winchester College, and several of the boys and their parents did not want the beatings reported to the police. It seems the decision not to report the beatings was taken by no single person or group. No one wants to defend that misjudgment, nor the silence of those who came to know of Smyth’s abuse. Smyth and his family later moved to Zimbabwe, and then to South Africa, where he continued to abuse boys and young men. There were clear errors in helping him to make this move, but the situation was more complex than appears in these pages.

The book is dense with detail, though little emerges that is new. As it has no footnotes, it is hard to categorise. Any serious analysis requires footnotes for further background and for citation. The text includes much repetition, which is a little irksome to the reader, and it lacks flow in places. Its page index is incomplete. More seriously, Graystone incorporates many factual errors. He imaginatively reconstructs scenes, and quotes from them, while not having spoken with those present.

At the point of writing, the reviewer has not had opportunity to check the veracity of the whole book in every detail. However the narratives relating to the Titus Trust (successor to the Iwerne Trust) and relating to David Fletcher, leader of the Iwerne camps, hold errors and wrong assumptions, some scurrilous. This lack of careful recording should encourage readers to handle the whole text with caution. Graystone reports a conversation in a car between David Fletcher and a victim, urging the victim to keep the story of his beating under wraps. This is tied in with a suggestion (p67 and repeated later) that Fletcher was aware for years of his brother Jonathan’s abuse of young men, which is also referred to in the book. What makes Graystone so sure of his facts? David Fletcher is, too, blamed for the decision not to call the police in 1982 when Smyth’s abuse was first discovered. The matter was more complicated, as I have outlined, and this blame seems unfounded. Alasdair Paine, the current vicar of St Andrew the Great in Cambridge, is badly criticised, and, shockingly, ‘outed’ as a victim. This should bring shame on the author and the publisher, and it is unnecessary, given the use of pseudonyms by several others. Graystone’s claim to be ‘victim-focused’ was clearly selective.

Graystone himself served on the staff of Scripture Union (SU, under whose auspices the Iwerne camps were run) in the 1990s. His own theological position has changed radically since those days, which may explain why he chooses not to divulge his own SU background. Scripture for him is now to be viewed through the lens of culture, and human sexuality to be seen, in his words, ‘in all its beauty’ (p5) and ‘diversity’(p200). He dismisses the orthodox understanding of substitutionary atonement, and suggests that it, together with an anchoring in the authority of scripture, deference to leaders, and ‘a refusal to accept diversity in human sexuality’ creates a culture ripe for abuse (p200).

This is a tragic story, and our hearts go out to those who became Smyth’s victims. Smyth died in 2018 before he could face justice. Makin’s Review will bring a careful study of what happened, and how it could have been allowed to happen.

A lengthy Appendix on Eric Nash (‘Bash’) depicts him as highly eccentric. From all accounts, he was indeed eccentric; but the work he did in establishing the camps and nurturing many young Christians should be judged on its merits. Graystone refers to Nash’s being called ‘Bash’ as ‘not without irony’. There has never been any suggestion of Nash’s involvement with any abuse. This seems to be a somewhat cheap play on words.

We still await what the publisher promised here, namely ‘a comprehensive critique’ of Iwerne, and an objective attempt at the ‘impact it has had on British society and the church’. I, for one, look forward to the full story being told.

Julia Cameron has led communications and publishing endeavours for three global missions over the past 30 years, and now runs Dictum Press, a new initiative, based in Oxford. This review is written in a purely individual capacity and represents the author’s personal opinion. EN is grateful for the advice and comments of editorially-independent, evangelical and reputable safeguarding experts prior to publication of this item. 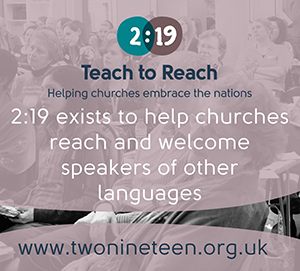 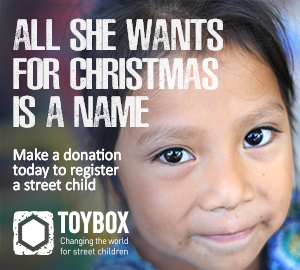