With more urgency than ever before as the numbers increase each year, we’re focusing on our vision to connect with the least-reached people groups of the world – those with little chance of hearing the gospel – in order to see them become vibrant communities of Jesus-followers.

We’ve reached 49 million people since the beginning of OM Ships, with untold stories of wider and deeper impact. But what’s more on our hearts is a deep dissatisfaction that we live in a world where 3 billion people have not heard about the love of Jesus.

We see OM Ships acting as a catalyst to help turn the tide of the increasing number of people who are not likely to come into contact with the gospel. They don’t have anyone sharing the life and teachings of Jesus with them. If we don’t change that trajectory the Church, in some ways, is actually going backwards. Jesus said the harvest is plentiful, but the workers are few, and that stands true for today.

At OM Ships, we hope to help reverse this trend through three pillars: firstly, mobilisation, secondly, prayer and thirdly, partnership. In the next decade we want to see a million churches mobilised; helping to point Christians who know and love Jesus in the direction of entire unreached communities. We need a million intercessors; praying persistently for these communities and for the work of God to become manifest in their midst.

So how do we accomplish this? Jesus had a clear mission and knew exactly what He came to do. His strategy was one of discipleship and we’re taking our crewmembers and partners a step further in understanding their role as disciple-makers.

We see a disciple-maker as someone who is present, loving God and their neighbour; someone doing the good works God created for them to do, so they become a visible expression of God’s kingdom here on earth, giving glory to Him; and someone helping to reach and teach others to do likewise.

We are intentionally removing the division between the sacred and the secular in this discipleship journey, because the gospel of the kingdom of God impacts all of life. That’s been true for me, coming from a Hindu background, and true of my colleagues and friends around the world. We speak about integral mission and how we can positively impact a vulnerable or marginalised community on every level, whether it’s socio-economic or spiritual. We ask the question, ‘how does a church become the lifeblood of a community, rather than a place to spend an hour every Sunday?’

Longer in each port

In this new season, we plan to stay longer in each port. We have twice-yearly crew changeovers, with most committing to stay for a year or two. We want them to experience a fundamental shift in their role as disciple-makers and see the time they serve on board as just the beginning of their journey in following Christ.

In the same way, we’re looking to work with UK churches and Jesus-followers in their discipleship journey. We want them to be among the million churches we mobilise, the million intercessors we pray with and the million people we partner with to go to the ends of the earth, proclaiming and demonstrating the gospel of the kingdom of God. At stake are the lives of tens of millions of people this year – joining the 3 billion – who risk going into eternity having never heard of, or known, Jesus.

Seelan Govender, from South Africa, has been serv-ing with OM Ships since 1999. He became director of Doulos in 2009 as the 95-year-old vessel was being taken out of active service and decommis-sioned. Transferring to Logos Hope, Seelan headed the Public Ministries team. In 2015, he became man-aging director.

The one thing that can be safely said in the wake of the distressing safeguarding issues reported on pages 6-8 is that almost any words written anywhere in en about these matters will prompt someone, somewhere, to disagree – possibly quite ... read more 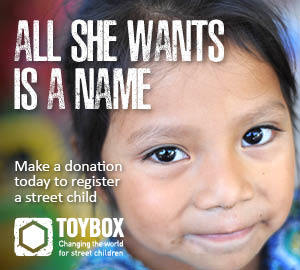