The study by Nielsen NetRatings also showed that 1.4 million women in Britain had used online pornography in the same period.1 I would like to think that the situation among Christians is totally different. Sadly, this is not the case.

I work with people from a large number of Christian churches and mission societies, including some of the most conservative and evangelical. What I am told by those I meet leads me to conclude that the use of internet pornography is a significant problem in the church today. None of us should consider ourselves to be immune from this temptation.

My findings seem to be supported by those of others. The group Christian Vision for Men reports that a significant number of men asking for prayer at their annual conference do so because of problems with internet pornography. In 2003, the magazine Today’s Christian Woman found that 34% of readers of their online newsletter admitted intentionally accessing internet pornography. Many wrote to explain that they did so in order to better understand their husbands’ behaviour. Others, however, shared about their own internet pornography addiction.2

Perhaps I should not be surprised. Sin affects us all and there are plenty of examples in Scripture of God’s people committing some of the most horrendous acts. In the case of pornography, it is just so easy to click on to a site where it is available. It is also easy to rationalise: ‘I need to know what is out there….’, ‘I must not appear naïve…’, and ‘It might help my sex life…’. Usually people know that these are excuses to help them avoid the moral responsibility for their acts, but in the short term they can be effective. Even when people admit that their use of pornography is wrong, it can be minimised or discounted. ‘Just one more time and then I will stop….’, ‘I only look at adults who look like they are enjoying it…’, ‘I know it’s wrong but there are a lot worse things I could be doing…’.

Churches can also be in denial about pornography use. ‘Nobody in this church would do anything like that…’, ‘It would not happen here because we are a Reformed evangelical church…’, ‘We know everyone in our church and we know they wouldn’t…’, ‘Our church has such good teaching….’.

Why is it wrong?

So, why is using pornography wrong? Clearly it involves lust and is a form of idolatry. Both are plainly condemned in Scripture. Both are offensive to God. As a psychologist I see the practical effects of pornography use on people, their marriages and other relationships. For many people, discovering that their spouse has been using pornography is not dissimilar to discovering an affair. Both involve sexual activity outside of the marriage and both can be devastating.

So what can we do? Let me make a few suggestions:

* Pray both alone and together. I be-lieve that prayer should always be our first response when faced with an issue such as this. We must always acknowledge God’s sovereignty and his lordship in this and every area of our lives. After that we may need to confess, ask for wisdom or to repent.

* Recognise it as evil. The production of pornography exploits both adults and children, especially the most vulnerable. Its effect on others is to degrade and damage. It needs to be seen for what it is. This needs to be said both in private and from the pulpit.

* Pastoral care. Most of the people who have told me about their use of pornography have never told anyone in their church about it. This is usually because they have never been asked. It may help if pastors and others with pastoral responsibilities were to start asking kind but direct questions about people’s use of the internet and what they read. (This type of question needs to be asked respectfully and courteously of everyone — including the oldest and those thought least likely to be pornography users.)

* Join an accountability programme. Programmes are now available that will automatically email the list of websites you visit to one or more nominated people. These may include your pastor, home group leader, or others. (I have suggested the Covenant Eyes — www. covenanteyes.com — programme to a number of people and believe it to be quite effective.) When others will know what we have done, temptation is reduced.

John Steley works as a psychologist in London. He is a member of Central Baptist Church in Walthamstow. He said: ‘I gratefully acknowledge the help of the Christian Medical Fellowship and Christian Vision for Men in the writing of this article.’

1. First major study of online pornography reveals that one in four adults, including 1.4m women, downloaded images last year, The Independent on Sunday, May 28 2006.

‘Mum, what should I do when Harry tells me he won’t be my friend unless I let him cheat on the spelling test?’ ‘Dad, if we’ve been working so hard to save money, how come we’re not ... read more 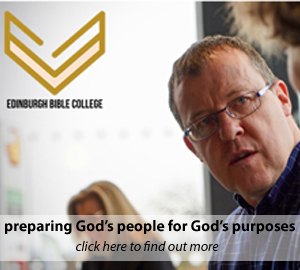